Behind the hoardings - the New Beecroft Building

Article by
Rebecca Baxter
Published on
Fri November 3rd, 2017
If you are a regular visitor to Parks Road, you can’t have failed to notice that a stunning new structure is under construction. Rebecca Baxter, Capital Projects Communications Manager at the University of Oxford, looks at the origins of physics in the city and reveals what is happening behind the hoardings.

The new Beecroft Building, the Physics Department’s first new building for over half a century, will house laboratories providing state-of-the-art research facilities – enabling the department to advance its world-class work in experimental and theoretical physics research.

The study of physics in Oxford originated with the Philosophical Society of Oxford. This 17th-century group of scholars, which included Christopher Wren, Robert Boyle and Robert Hooke, met in the lodgings of a Warden of Wadham College to discuss the new fields of natural and experimental philosophy. Experimental philosophy (as physics was then known) was first examined as a degree subject at Oxford in 1850 and the subject’s first professor was appointed in 1860.

In 1872, Oxford became home to the country’s first ever purpose-built physics laboratory. The original Clarendon Laboratory’s workshop’s main equipment in the 1890s comprised just a treadle-operated lathe and a blacksmith’s anvil and, until a major refurbishment in 1915, the laboratory’s lighting was provided by gas burners.

A new Clarendon Laboratory was created on the site in 1939. This will now connect to the new building – named after donor Adrian Beecroft, British venture capitalist and alumnus of the University.

Contractors Laing O’Rourke moved onto the site in summer 2015 tasked with starting the deep excavation works required for the new Beecroft Building. With a depth of 16 metres, it boasts one of the deepest basements in the city.

The Beecroft comprises seven storeys in total – five of which are above ground level. The two underground floors will house basement labs. Their position, shielded from traffic vibrations and electrical noise, will provide an ideal environment for sensitive experiments.

The light and airy atrium of the new building, designed to create an appealing exhibition space, will open to the public. Visitors will be invited to view kit from major experiments and browse materials especially developed for events, including the department’s popular Stargazing event.

The building, by architectural firm Hawkins\Brown, has been designed in accordance with the University’s policy on sustainability, seeking to minimise its environmental impact and carbon footprint. A significant portion of the building’s heating and cooling needs will be met by ground-source heat pumps. LED lighting throughout the building will be sensitive to occupancy levels and daylight. In addition, solar shading is being provided courtesy of the bronze fins which feature on the external elevations and sustainable timber and timber products are being used throughout the building.

The project is making good progress, with the laboratories and offices nearing completion, and work is expected to be completed in early 2018.

As part of the government’s Quantum Technologies Programme, Oxford Physics has been awarded £38m to develop a technology demonstrator quantum computer over the next five years – offering the Beecroft Building a fantastic opportunity to showcase the potential of its new cutting-edge facilities.

This article originally appeared in Blueprint, the magazine for staff at the University of Oxford.

The new basement labs in the Beecroft Building will house state-of-the-art labs for NQIT research. 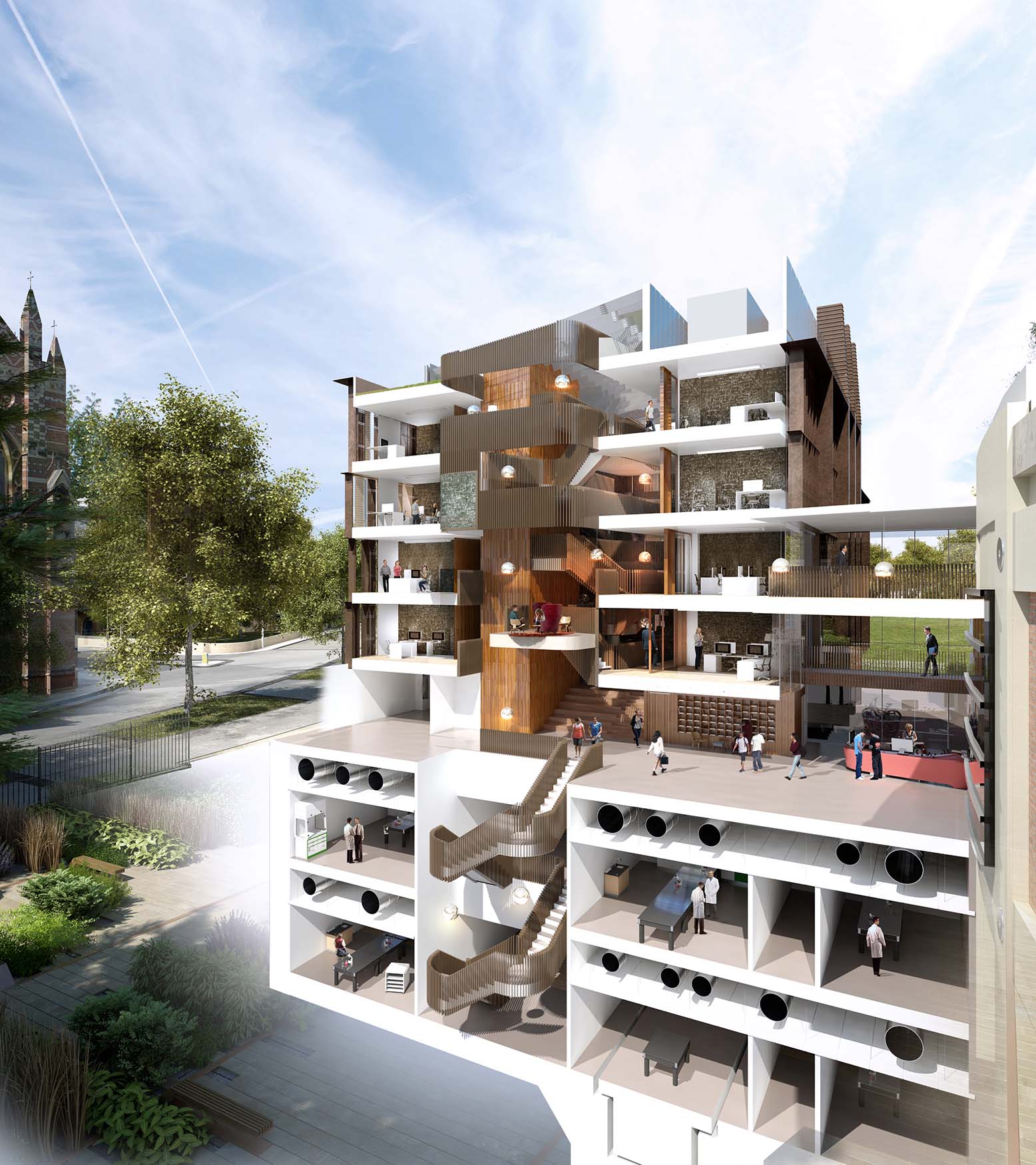