Article by
Stuart Gillespie
Published on
Thu May 16th, 2019
Business is booming in Oxfordshire. From biotech giants to nuclear fusion facilities, from space science to driverless cars, the region is fast becoming one of the world’s leading centres of innovation.

At the heart of this growth is a group of transformative technologies in which Oxfordshire is leading the way and which will underpin the UK’s future economic success. One of these key technologies is quantum computing.

“Oxford is an absolute leader in the field of quantum computing,” says Dr Marco Palumbo, Senior Licensing and Ventures Manager at Oxford University Innovation (OUI), the University’s research commercialisation arm. “It’s arguably the best academic environment worldwide to carry out research in this field, and it will get even better in the years to come.”

OUI has helped birth nearly 200 companies based on Oxford research since its inception – more than a third of these in the past three years, and 24 (a new record for a European university) in 2018 alone. Several of these recent spinouts have been in quantum computing – an emerging area with almost limitless potential and the power to dwarf the processing speeds of today’s conventional computers.

“For me, quantum computing is the answer to the question ‘how do we maximally harness the laws of nature to process information?’,” says Dr Peter Leek of Oxford’s Department of Physics, founder of the spinout company Oxford Quantum Circuits. “Given how transformative information processing – that is, computing – has been in the past 50 years, it is clear to me that the development of quantum computing will be very significant.”

Oxford Quantum Circuits was set up in the summer of 2017 to advance the development of – and build a world-leading company around – Leek’s idea for a quantum computing circuit design that would be competitive with, and more scalable than, other commercial approaches pursued by the global tech giants.

“Our core IP is the patent for this technology and the philosophy that it is built from, which is to build quantum circuits as simply as possible, featuring only the complexity that is absolutely required to perform powerful, useful quantum computations, and no more. This philosophy leads naturally to the development of higher coherence – or very ‘quantum’ – quantum processors, owing to the fundamental fact that quantum coherence stems from very good isolation from the environment, which becomes harder to control the more complex an object you try to build and work with. Hence, our technology should enable us to produce the most powerful processors for quantum computing.”

Also working on the infrastructure underpinning quantum computing is Quantum Motion Technology, spun out by Professor Simon Benjamin of Oxford’s Department of Materials in 2017 in conjunction with Professor John Morton at University College London. Like Leek, Benjamin is a member of the Oxford-led Networked Quantum Information Technologies Hub(NQIT), part of the UK National Quantum Technologies Programme. Funded by the UK government via the EPSRC and involving eight other universities and a host of private companies, NQIT is developing the first generation of high-performance quantum computers.

James Palles-Dimmock, Commercial Director of Quantum Motion Technology, says: “Quantum Motion builds on research showing that silicon is the ideal material from which to make qubits – the basic unit of quantum information. This research proved experimentally that good-quality qubits could be formed in silicon and, theoretically, that architectures of arrayed qubits could be designed to exploit them. Quantum Motion was formed to find a scalable way of manufacturing this technology.”

He adds: “Once this fault-tolerant quantum computer is realised, the potential applications are truly world-changing, ranging from in-software discovery of new chemicals, materials and drugs, through to the reduction of energy wastage through optimisation of resource usage, and even potentially enabling new models for AI and machine learning. A quantum computer is the most powerful computer the laws of physics suggest we can make. Making this machine will be the ultimate step in the history of computing, and that is a goal worth striving for.”

Amid all the potential applications of quantum computing – drug discovery, finance, defence, space exploration – one of the most frequently talked about is cryptography. If a quantum computer can vastly outperform our current computers, won’t we need new encryption techniques to keep our information secure?

Dr Ali El Kaafarani, from Oxford’s Mathematical Institute, is founder and CEO of the spinout company PQShield, created in May 2018. “PQShield is specialising in post-quantum cryptography. Yes, a fully functioning quantum computer will totally break our public key infrastructure, which is the backbone of our current encryption and cybersecurity. Note that quantum attacks work in retrospect, which means that adversaries can gather encrypted data now and decrypt them in the future.

“There is no quantum in what we do – we use different maths that isn’t vulnerable to quantum attacks. We’re developing efficient and secure post-quantum cryptosystems to replace the existing ones, including public key encryption schemes, key exchange protocols, and digital signatures. The National Institute of Standards and Technology in the US is moving to standardise post-quantum cryptography, and our cryptographers are leading two of the semi-finalist candidates in this competition. In a short period of time, PQShield has managed to stand out from the crowd and establish itself as a main player in the post-quantum cryptography and cybersecurity arena.”

The Oxford spinouts highlighted here are likely to have several others for company in the coming months and years as quantum computing develops further and moves closer to its eventual deployment as a viable technology. Just this month a new company called Oxford Ionics – focusing on the ion trap route towards quantum computing – has been spun out of the University’s Department of Physics. “By the end of this year we could well have five or six Oxford spinout companies working in quantum computing,” says Palumbo. “But to use a sporting analogy, commercialisation in this area is a marathon, not a sprint. I am an optimist, and I expect great progress in this field in the years ahead, moving towards full deployment of the technology – only then will we be able to appreciate its transformative effect.” 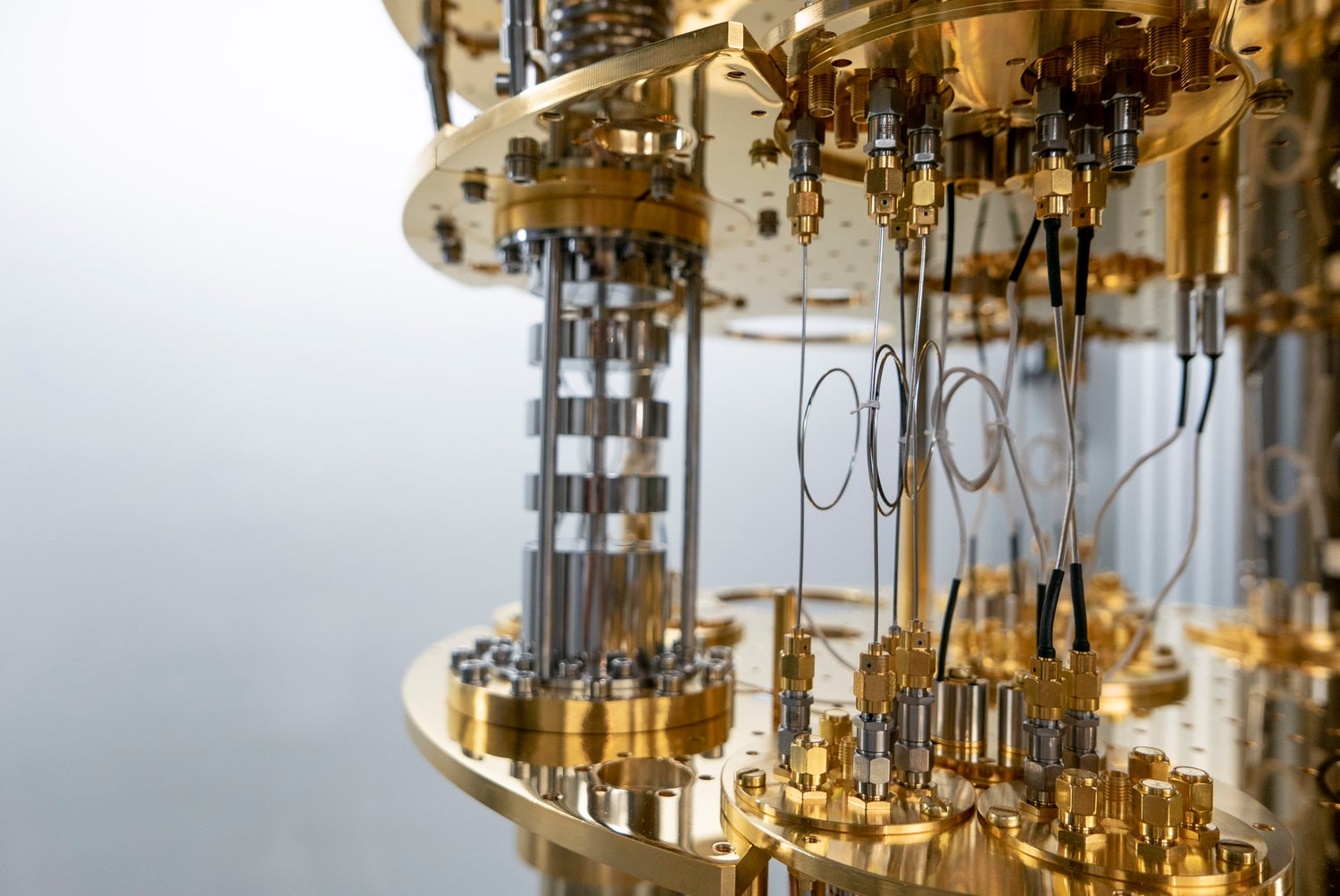 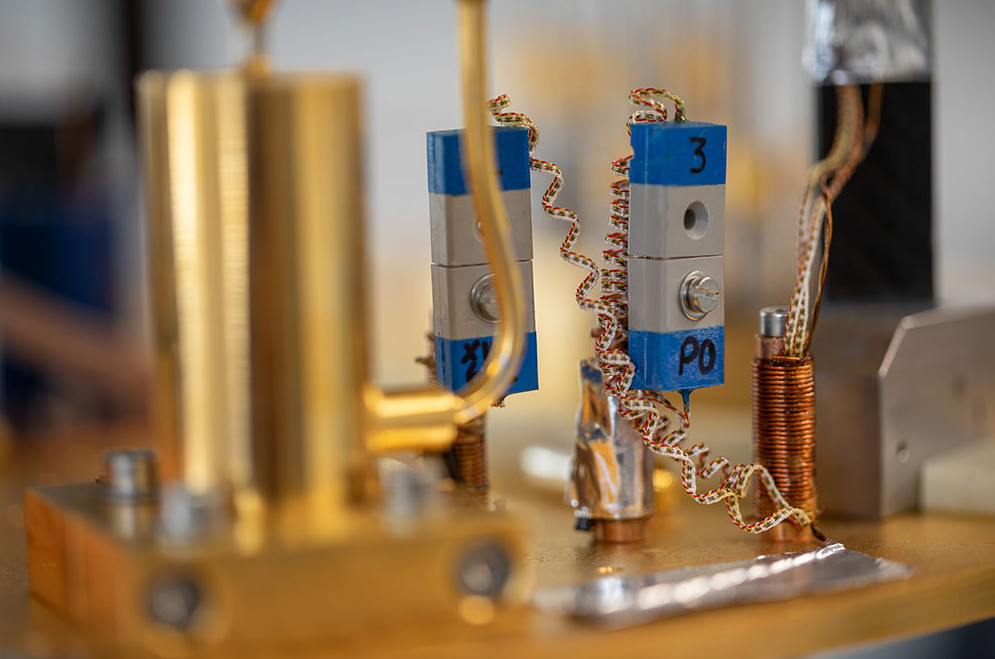