Posted on
Monday, 24 October 2016
The 2016 Aron Kressel Award will be presented to Professor Martin Dawson, University of Strathclyde, "for broad and sustained contributions to semiconductor opto‐electronic engineering, including optically‐pumped semiconductor lasers, diamond photonics and gallium‐nitride microdevices". 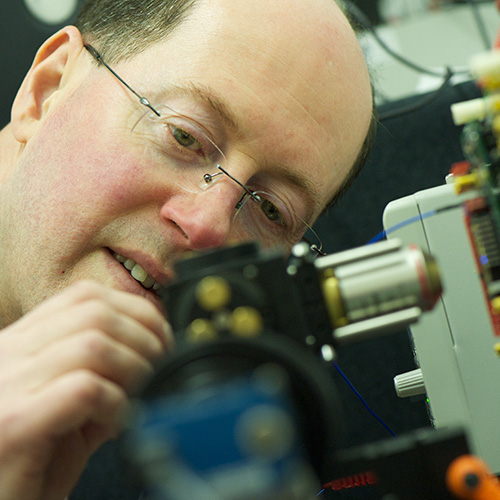 The IEEE Photonics Society Aron Kressel Award is given to recognize those individuals who have made important contributions to opto-electronic device technology. The device technology cited is to have had a significant impact on their applications in major practical systems.

The award was presented during the awards ceremony at the IEEE Photonics Conference 2016 in Hawaii at the beginning of October.

Read more about this story: