NQIT at the Oxfordshire Science Festival

Posted on
Monday, 19 June 2017
On Sunday 18th June, we had a stand at the Explorazone: Hands-On Weekend in Oxford Town Hall, part of this year's Oxfordshire Science Festival.

Around 1000 people came to the science fair, despite the sweltering heat, or perhaps as a respite from it, and the NQIT researchers who made up "Quantum Crew" engaged with around 100 visitors - families, groups of friends, tourists - who came round the science during the day.

We had several demonstrations explaining the physics underlying the quantum computer we're working to build - the dust trap, built by graduate student Elliot Bentine, showed how you can control a small particle using electric fields and the rotating saddle trap explained why this electric field has to be constantly rotating. We let visitors look at some of our ion trap microchips up close through a microscope.

We demonstrated how you can control light using a simple water waveguide experiment, which is analogous to how fibre optic cables within a quantum computer work.

And lastly, we gave people the chance to win a chocolate pirate coin if they found the shortest route to search the entire Treasure Island - a demonstration of the Travelling Salesman Problem, which quantum computers are expected to solve much faster than regular computers.

Huge thanks go to Jelmer Renema, Chris Wade and Elliot Bentine for spending the day talking about quantum computers with visitors to the Science Festival - we couldn't do it without you! 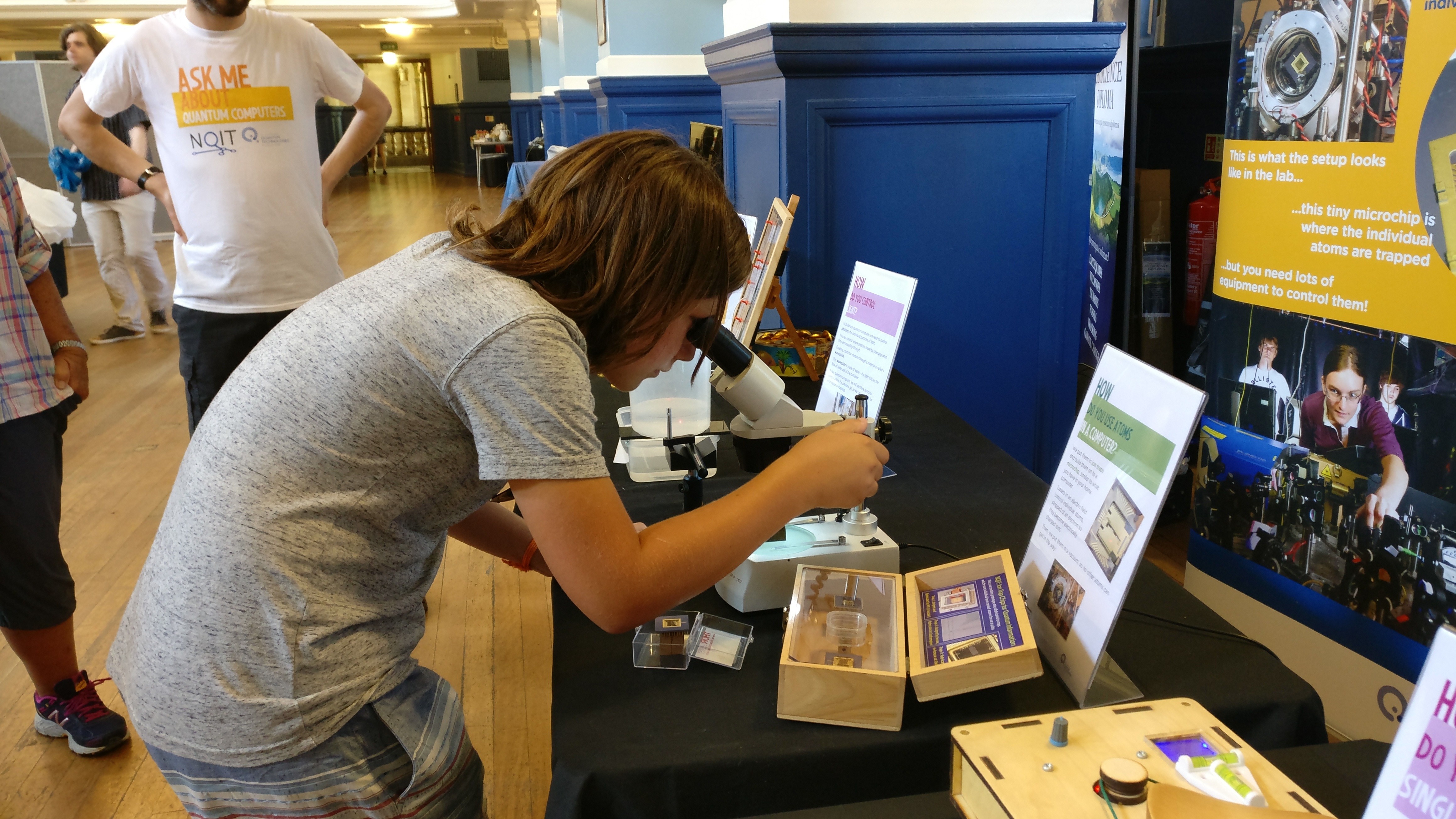 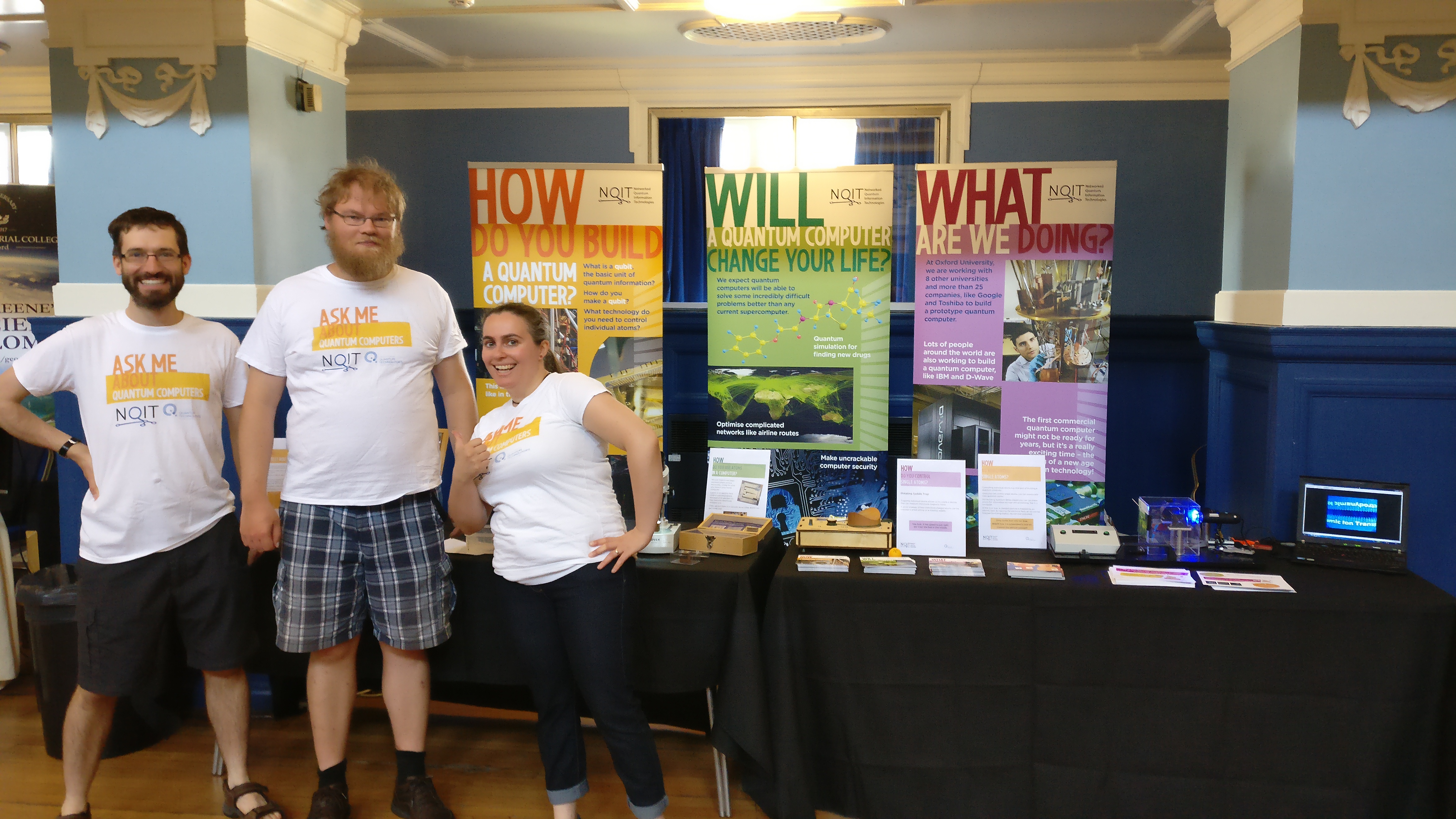 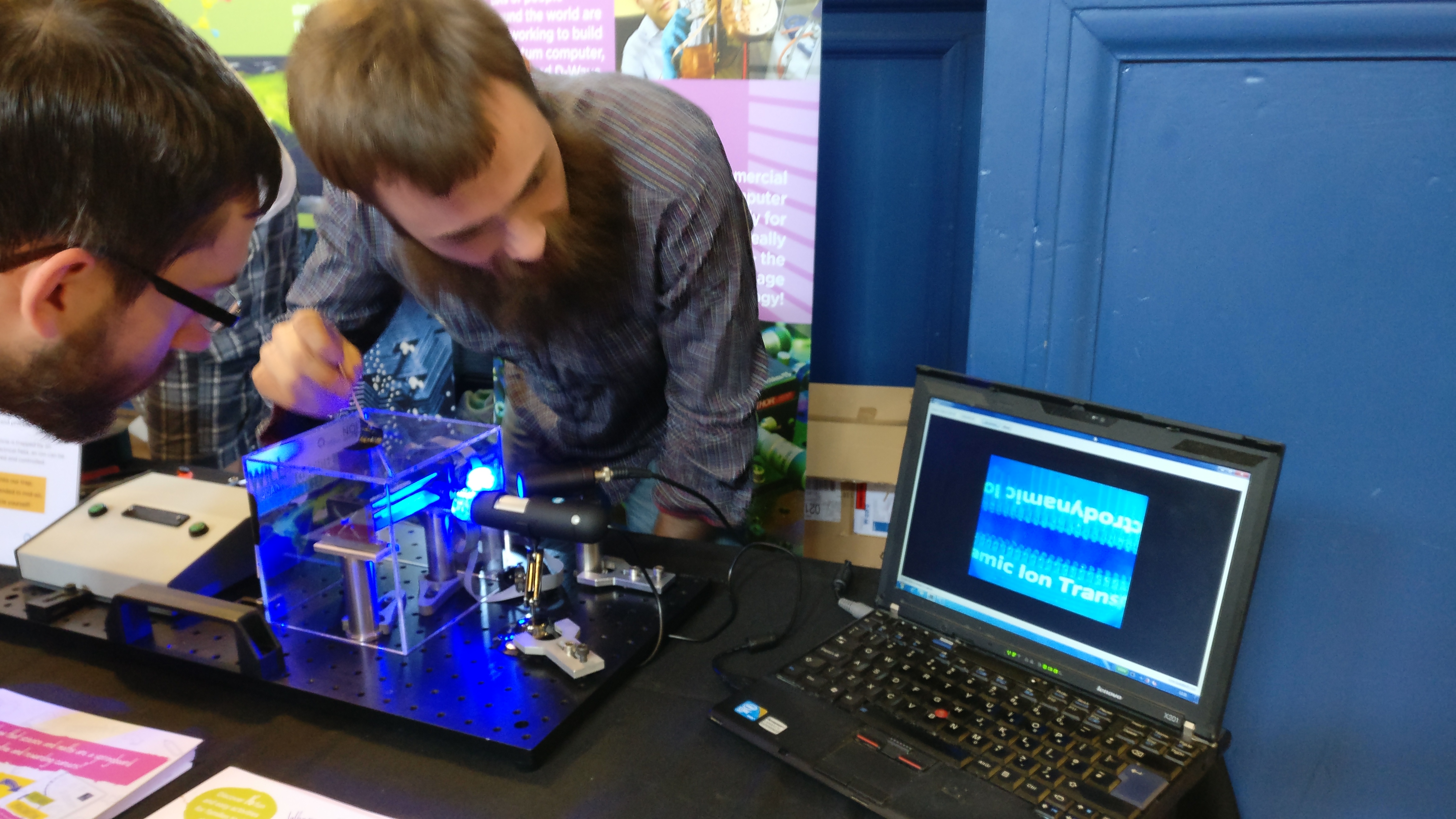 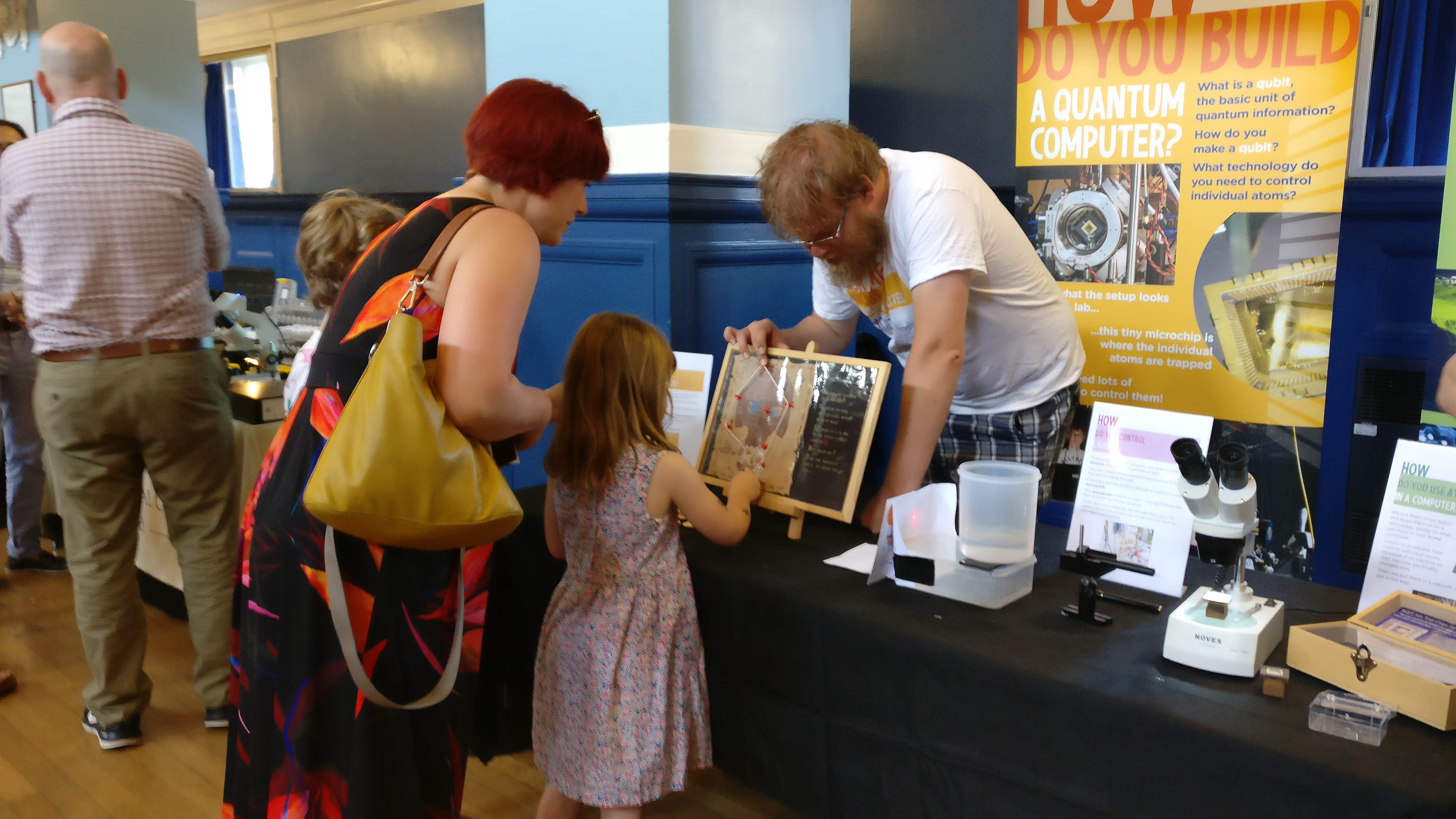