NQIT Researchers from across the UK have partnered with UK quantum technologies companies to win four new awards from Innovate UK and EPSRC in the latest round of funding for the Commercialisation of Quantum Technologies.

These new projects are in addition to the three that NQIT researchers won in the previous round of funding earlier in 2017.

The projects, which will explore a range of innovative quantum technology applications, are:

Oxford Quantum Circuits Limited (OQC), a brand new spinout from the Oxford Physics, led by Dr Peter Leek, are developing quantum computing processors based on superconducting circuits. A fundamental business question for OQC is what applications (quantum algorithms) are best suited for its technology, and how to most efficiently realise first generation processors that will be capable of running these applications, and hence generate sales.

This project addresses this challenge from two angles: development by Cambridge Quantum Computing Limited (CQC) of a quantum compiler dedicated to the OQC hardware architecture, and prototype development and assessment of circuit layouts with differing connectivity maps. These two directions will be combined with assessment of mapping of quantum algorithms onto the OQC architecture to produce clear direction for OQC R&D in the next phase of its development.

The next 20 years are poised to see the “second quantum revolution”, with the widespread emergence of technologies and devices, leveraging the properties of superposition and entanglement which govern the dynamics of light and matter at the smallest scales. Potentially most disruptive of all quantum technologies is quantum computing, which permits the efficient computation of a variety of problems that are effectively intractable with conventional computers, including searching large databases, advanced materials design in aerospace applications and pharmaceutical drug discovery. The UK is currently taking a leading role in the development of both hardware and software for quantum computing, and has fostered a wide base of expertise in these areas.

In this project, NQIT researchers in Oxford Physics are collaborating with ColdQuanta Ltd to develop a compact vacuum system complete with integrated atomic source for use within ion trap quantum computers. One of the specific challenges on the road to developing a large quantum computer is the high level of engineering required to produce the devices and their subcomponents. This project seeks to develop a key subcomponent for an ion trap quantum computer within an industrial setting using scalable techniques. The successful execution of this project will bolster UK industry's position within the emerging international market in quantum computing and permit the future development of highly integrated systems.

Recent high-profile publications about quantum innovation, such as the UK Blackett report published by the Government Office for Science on “The Quantum Age: Technological Opportunities” and the EU Report “Quantum Manifesto”, have addressed the growing importance of quantum technology and in particular for the development of future atomic clocks. Atomic clocks offer unparalleled accuracy and stability without dependence on GPS. At present, many applications in the defence, broadcast and financial industries are vulnerable to jamming, spoofing or errors in the GPS system itself.

The Quantum Fibre Clock (QFC) project will use hollow-core optical fibre filled with caesium vapour to produce an atomic clock which is smaller, lighter and more efficient than existing technologies. QFC will capitalise on UK momentum to stay ahead and give the UK a competitive advantage in the market place. The project will research the evolution of the hollow core fibre quantum research invented and undertaken by University of Bath in partnership with TMD Technologies Ltd and led by SME Chronos Technology Ltd. The previous research has concentrated on manufacturing an efficient hollow core fibre architecture, filling with rubidium vapour to create the physics package and developing the interface electronics to enable stability testing at 10 MHz and 1PPS.

This project will concentrate on the filling of the hollow core fibre with caesium, and subsequent creation of a working prototype clock and a small quantity of demonstrators. These will be used to inform prospective users that the technology is viable and enable testing in appropriate applications and environmental conditions such as temperature, pressure, shock and vibration.

Precision timing plays a vital role in the economy, from enabling satellite-free navigation to protecting the integrity of electronic financial trading. In this project, M Squared Lasers, together with the University of Sussex will develop a portable optical atomic reference based on trapped ions and an optical micro-comb. Both systems together can function as an atomic clock with a significantly improved accuracy compared with current commercial systems. This 12 month project will establish a commercial capability in this strategically important field, bringing the academic outputs into the industrial domain and towards practical deployment in a range of sectors. 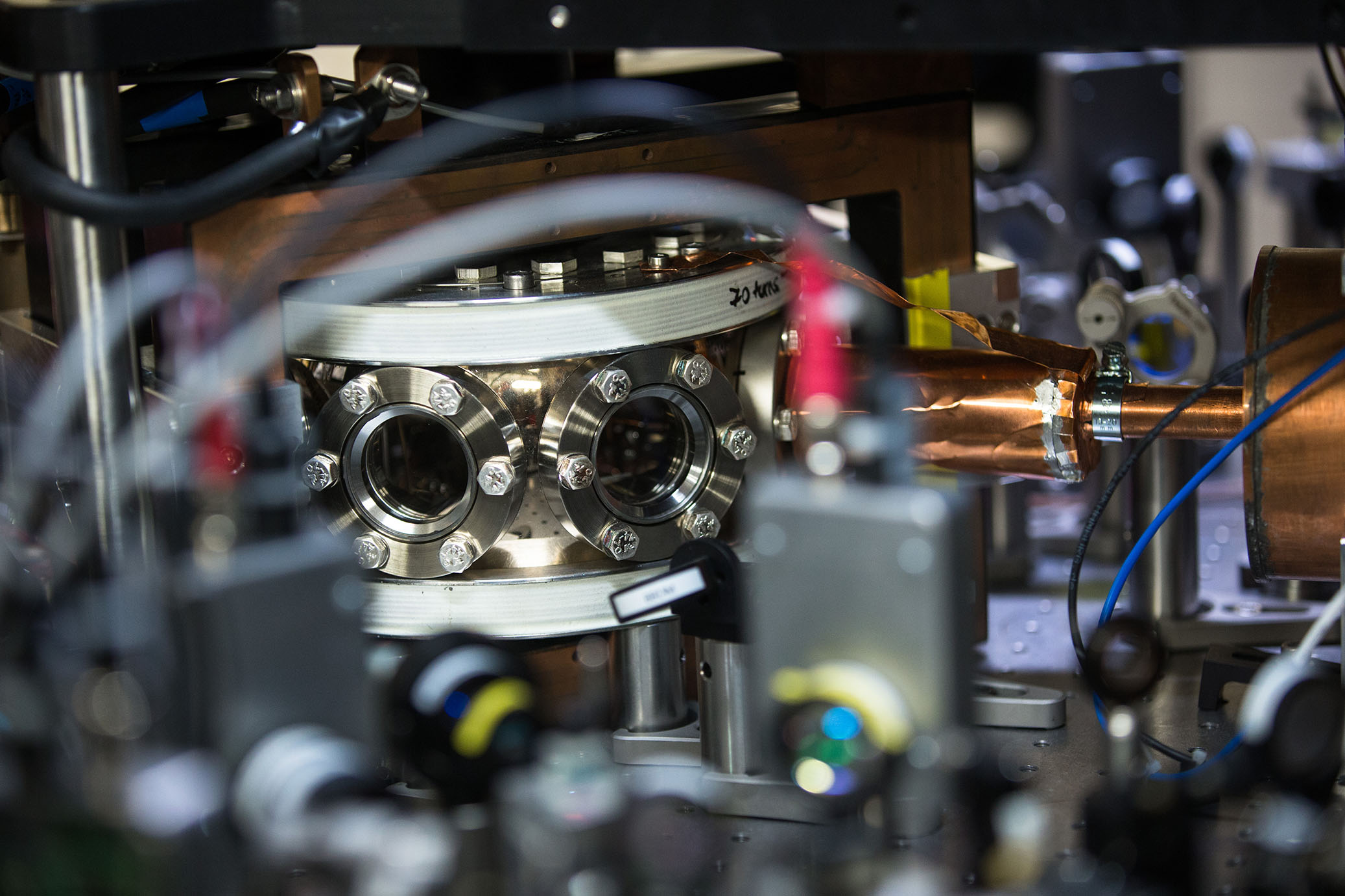 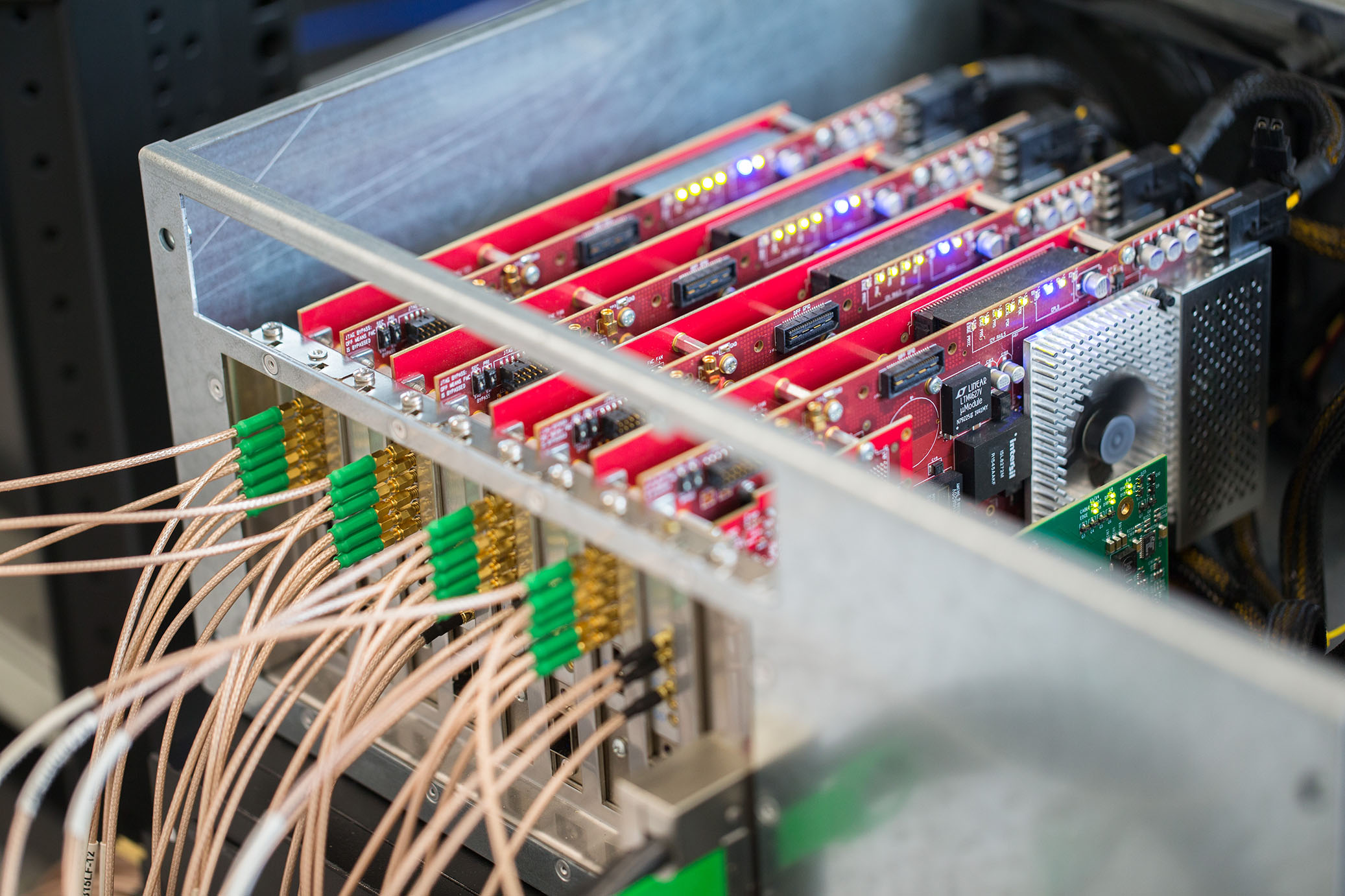