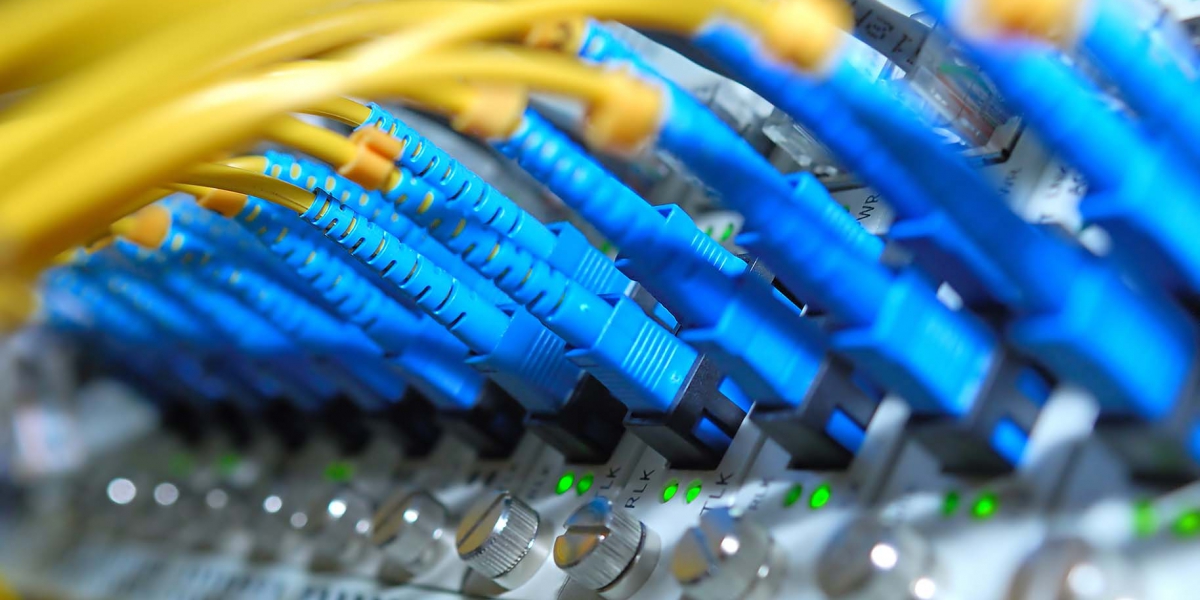 The transistor is the ubiquitous switching element in electronic circuits and it is desirable to have an analogous device for switching optical signals. The telecommunications industry has developed several such technologies over the last few decades, but these have been optimised to work in the red wavelengths.

For coherent quantum control, often short-wavelength blue light is needed, rather than red. However, current switch technology consists of expensive, bulky crystals that have to be installed and aligned by hand.

For full commercialisation and deployment of quantum computers, it is crucial to have switching devices operating at blue wavelengths with minimal manual alignment. As a quantum computer will require many optical switches, ideally these devices should be low-cost and scalable for mass manufacture.

With Gooch & Housego, a UK-based photonics technology business, we are developing a fiberized optical switch that leverages telecommunications technology to reduce costs and dramatically improve reliability for quantum technology applications.

These devices will also be useful in the biotech world, which increasingly uses shorter wavelengths to reach further realms of science.