This report gives the results of a public dialogue on Quantum Technologies, commissioned by the Engineering and Physical Sciences Research Council (EPSRC).

NQIT researchers were involved throughout the dialogue process - from attending an initial stakeholder workshop to acting as subject experts during the public dialogue workshops and organising an interactive activity for the dialogue participants. Professor Marina Jirotka, who heads our Responsible Research and Innovation (RRI) work, sat on the Oversight Board for this project.

The main aims of the public dialogue were:

"EPSRC has a strong commitment to responsible research and innovation and we were conscious that Quantum Technologies are still quite new to the wider world. We therefore thought that it would be appropriate to gauge how people felt about the potential impacts of new systems, devices and products involving quantum principles. We are very grateful to all the participants both from the public and stakeholder groups as well as the academics who took the time to help explain their work and inform the process."

The dialogue was highly exploratory in nature - contributing the first substantive knowledge of public attitudes to Quantum Technologies and their applications. It took place in four UK cities (York, Oxford, Glasgow and Birmingham) in 2017 and gave some of the following key findings: 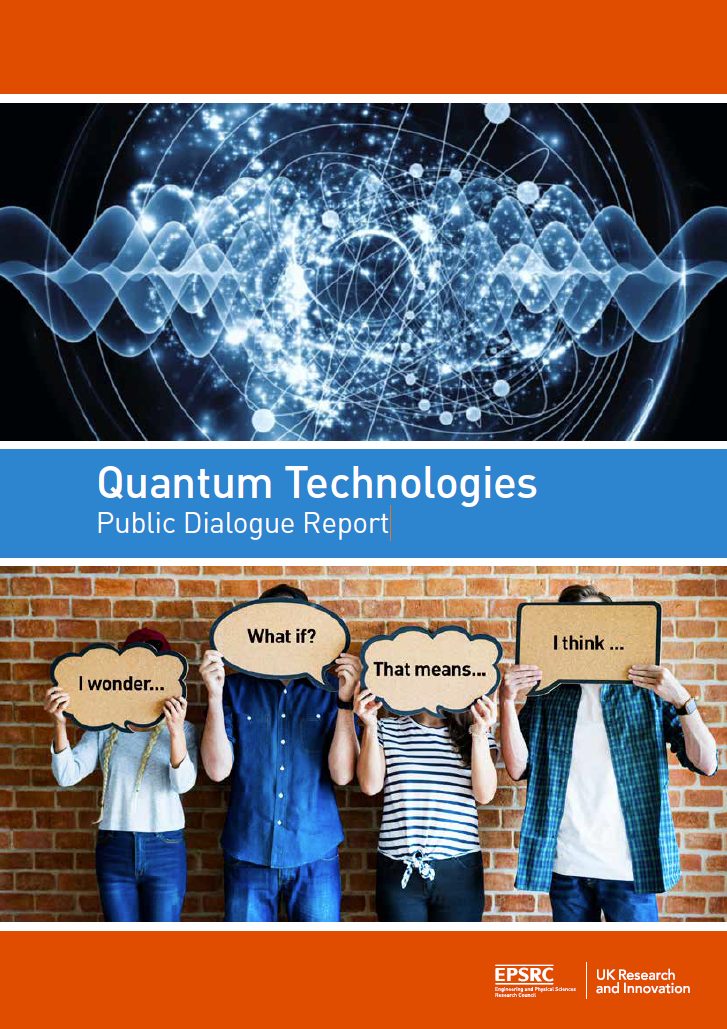