'The dawn of quantum technology' with Prof Simon Benjamin

Thirty years ago, an untapped potential in nature was revealed by an Oxford-based theoretical physicist called David Deutsch. He showed that if a computer could be built to harness the deepest features of quantum physics, then that machine could solve problems in ways no conventional supercomputer could match. Three decades later, the challenge of realising this possibility has become a worldwide field spanning multiple disciplines and involving both academia and industry. Last year the UK government committed over £200m to accelerate progress toward practical quantum technologies. Are we therefore on the verge of a new technology revolution? Professor Simon Benjamin, Principal Investigator on the Oxford Martin Programme on Bio-Inspired Quantum Technologies, looks at how far have we come and what remains to be achieved?

This event will be live streamed on our YouTube channel

His research interests encompass new technologies that exploit quantum physics, including quantum sensors, quantum communications, and quantum computing. Theory to support the development of these technologies on various platforms, including novel silicon and diamond based materials. Energy harvesting, transfer and storage understood at the quantum level, and modelling of energy flow phenomena in both artificial and living (e.g. photosynthetic) systems.

He leads the Quantum and Nanotechnology Theory (QuNaT) group, based primarily in the Materials Department in the University of Oxford.

This event is part of a seminar series:

Technology for tomorrow - the research shaping our future 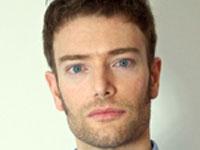