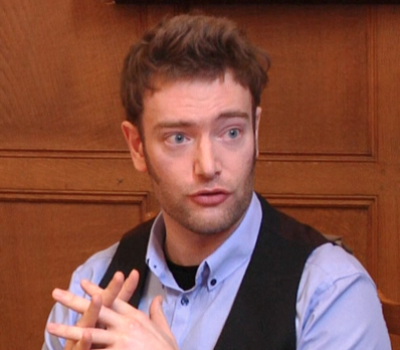 Simon Benjamin is a Professor at the University of Oxford, and a Visiting Senior Scientist at SUTD Singapore. He is also the Principle Investigator for Oxford's new QuOpaL project on Quantum Optimisation and Machine Learning (QuOpaL.com). Simon leads a team of theorists who study devices that harness quantum effects in order to outperform conventional systems (QuNat.org). A key topic is designing hardware/software that is tolerant of the imperfections which first generation quantum technologies will inevitably have.

Recent work by his group has shown that there is no longer a gap between what can be achieved in the lab, and the requirements in the 'blueprints' for quantum computing, which has the exciting implication that quantum computers can be built without further breakthroughs in the basic science.

Simon's team engages with the 200-strong Oxford experimental quantum science community (OxfordQuantum.org), as well various other UK universities and major quantum research centres in Canada, the US, Europe and Asia. Simon is also an advocate of Open Science and a board member for Proceedings of the Royal Society A.